18 replies to this topic

I know the reviews are mostly bad, however some, like me, actually liked it.  I dont want to turn this into a marvel vs DC debate, but the overall "disney tone" of Marvel and the characters dont do a thing for me.  They never have, even back to childhood.  So I fully admit that part of me may be more accepting of this movie because I do like DC more than marvel.  Anyway, on to the specifics.

The beginning was really good.  I know most of us are saying we've seen the death of Bruce's parents a million times now, however I will give credit to snyder for the visual masterpiece of that beginning scene.  It fealt so much darker and serious, as it should, than some of the previous versions.  It felt very deep and emotional for me, even after seeing the scene portrayed countless times.  Now, on to the September 11th like scene of Man of steel destruction.  That's exactely what it felt like for me, it brought back that 9/11 feeling exactly for me.  It really made you understand Bruce Wayne's perspective and why he is taking the stand he is.

The rest of the first hour for me was a deep moral exploration that is very reflective of our current real life times.  I thought that while it lacked in action, it was interesting.  I will say that perhaps that deep moral exploration was more of an add on to man of steel rather than was it any world building for Justice league.  However the same moralities can be applied to the other JL characters, so it still made sense.

Now, as for the actual hero vs hero.  Wow it was short, but, very interesting.  I mean Batman really wont the "fight" pretty damn easily wouldnt you say?  I know some will say superman was distracted and holding onto his "I wont kill you" mentality, but still, Batman handed him his rear end.

Some other small points that I havent decided are good or bad.

Batman- It was great to see the older, pissed off batman for once, this isnt something we've seen on film.  1989 Batman was middle aged, a few years in already, and of course Bale was exploring the origins in an ultra realistic universe.  But wow, Batman in this film killed so easily.  He just offed guys like he no longer gave a flying $#!+.  I liked it in some ways, understood it, but part of me wanted to hold onto that "wont kill" history.  As far as Ben Afleck playing him, I hated the decision at first, but will fully admit that he played him well.  Especially as Bruce Wayne.  However I will say there is no way he could have played the younger batman, no way in hell.  I rate him as the 2nd Best batman overall.

Superman- He dies, like wow, he dies.  Was I shocked?  NO, because Doomsday.  I fee like Superman needs to be developed more, but maybe thats why they killed him.  He will come back as the superman we grew up knowing.  After all, Man of steel and Dawn of justice are really only his beginning couple of years.

Jesse as Lex-  Not sure yet, he was good, but it felt like they took Joker and Lex DNA and made a new character.  I need to see it again before I decide on him.

Movie visuals-  Holy $#!+ was this movie great visually.  I have always loved the way Snyder visually delivers a movie.  The overall dark feel and slow motion really grabs you emotionally.

Summary and Misc- Wonder woman was great, I liked her a lot and cant wait to see more of her.  I am looking forward to her solo movie and Justice League in general.  I know im not in the main crowd when I am the optimistic one here.  It should be very interesting to see how they handle the overall universe going forward.

You're not likely to love my opinion here.  I wiped away all my expectations for this movie before seeing it.  I went for the kids.  Now, did it surpass my non-existent expectations?  Sure, it was better than I expected.  There were a lot of fun elements to the movie that made it fun to watch.  However, I'm about to rip D.C. a new one now...

1. Batman origin.  Seriously?  We had to try to cram that into the beginning of this movie simply because they f***ed up keeping the origin story from the Nolan Batman.  Skipping this nonsense would have saved us the 30 minutes that I felt this movie was too long by.  Darker?  Sure.  Condensed?  Absolutely.  Which should not have been necessary.  See my later point momentarily.

2. Wonder Woman origin.  Do I really need to even comment here?  Again, see my later point on this origin topic.

3. Lex...I like Jesse.  I really do.  His portrayal of Lex....not so much.  It really just didn't work for me overall.  He's still great, and I think he was good in this movie, but, the character of Lex was used improperly.

5.  The story was an absolute mess.  From Zod/Lex/Doomsday, to the fact that D.C. didn't take the time to slowly build a universe to play in, the whole thing felt both too long and too rushed at the same time.  It's great we got Man of Steel to firmly establish Superman and Zod.  Ok, that's good.  But D.C. wanted to push forward without establishing this particular version of Batman and stick a half assed origin story for it into the middle of this thing.  NO.  Just no.  Wonder Woman's "origin" was beyond atrociously handled.  So much could have been done with her like they did with Captain America before they introduced him to the Avengers.  She's been around 100 years.  "I left humanity"...ok, but, you're clearly back.  And we have no idea why you left, how you came to be, etc.  Aquaman's "intro" beyond pissed me off.  Yes, he's getting a movie....why bother showing him until then at all?  To get us interested?  So it was a marketing move?  Awesome.  The Zod/Lex/Doomsday story was a mess, as well.  It was so very rushed with no explanation as to what was really going on there.  Lex somehow knew to just do all that?  And don't give me the "he learned if after he went into the ship" nonsense.  It wasn't explained.  Period.  And really should have been.  Had they done proper origin movies for everyone, they could have tied them into the story SO much easier and given more time to the areas that needed it.  Instead, it felt like a hot mess from the start. Things that needed explanation felt rushed and glossed over.  Things that should have been common knowledge before we even got here needed explanation because they rushed too quickly to develop this kind of movie.  Pretty much all my fears about what this movie was going to be like came true.

That being said, I'm not sorry I saw it.  As pure entertainment it was great.  The Batsuit was excellent.  The interaction between Batman and Superman was engaging.  Wonder Woman didn't really fit as well as she could have but that wasn't her fault.  I had serious issues with Alfred but it was my own problem not the movie's.  I just got through watching 3 seasons of Borgias back to back so all I could think about when he spoke was him as the Pope.  LMAO.  I'll be buying it when it comes out.  I want it in 3D as we only saw it in 2D RPX.  It kicked the living crap out of Man of Steel so that's good.  You'll notice I'm not commenting on Affleck as Bruce/Batman.  I thought he was slightly more convincing as Batman than he was as Bruce.  Again, a proper origin story MIGHT have fixed some of that, but, given what I saw, I'm not sure he could have carried a whole Batman origin movie on his own.

Well im glad that you enjoyed it as fun with the family, which of course is the most important result we can ask for at the end of the day.

- Its funny that you compliment Afleck on his Batman playing ability versus Wayne, most, including me are ranking him as the best Bruce Wayne so far. I also rank this batcave as the best ever, the scene with the batmobile jumping into the lake was epic.

- I do agree that the overall universe would have been best served by taking more time and doing solo films first.  Im not sure if they think that they would lose an audience if they dont compete NOW with Marvel?  As if people wouldnt want to see these movies 5 years from now.  LOL

- Lex was weird, I agree.  Its like the joker and Lex mad a baby in that chamber instead of a doomsday.  Thats how he tried to play Lex, like the joker.  I also agree that Jesse is great overall though.  Walter white (lol) was supposed to be Lex at first but snyder went with Jesse.  Who knows why.

Still overall I really liked it, i have the ultimate edition pre ordered, which I assume is what you got as well.  We'll see if they can correct some errors as they go, but as much of a DC fan as I am, I dont see them coming close to Marvel, I will fully admit that.

The thing is, they could if they'd slow it the f down.  Clearly too late now as they've already let loose this one.  They had so much potential in the universe to play with.  I absolutely did not like Affleck as Bruce.  I thought he did a better portrayal of Batman, but, nowhere near Bale on either front.  It was a very entertaining movie.  I've not yet preordered it.  I need to see what editions are out.

They had suicide squad doing re shoots, LOL.  So we'll see if that was them going into panic mode on some  of this.

Suicide Squad is by FAR going to be my favorite movie of the year.  I can't freaking wait for that.

I agree, it should be interesting.

They're really doing Wonder Woman next year along with Justice League part 1 and then a follow up part 2?  Oh good God, D.C.....wtf?

Trying to catch up like i said.  Sadly they dont realize that people would be willing to wait.

Did you catch who played Bruce's parents by the way?

Yea, I saw.  He was awesome last night.

I must be the only one who is concerned that a gadget oriented billionaire uses a Windows phone to help break into a secure server.

Sent from my Nexus 6 using Tapatalk

Rooted it with the House of Windows.  Think hard on this one and you'll see HOW he did it.

Android phone with a Metro launcher?

I'd also like to comment on the soundtrack for the movie. Simply epic. Hans will be missed.

Rewatched the extended version last night, and the whole film was smoother and less jarring. I felt it expanded better. Though, I do think they tried to cram too much setup for sequels into one film. They probably could have made two decent fims with the subject material. 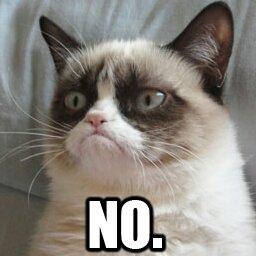 It wasnt perfect, but the more I watch it, the more I like what they are going for.

Also tagged with one or more of these keywords: Movies